It’s an ad from the National Basketball Association about an Asian holiday featuring Chinese actors speaking Chinese so I won’t complain too loudly about how it could have been better and focused on more cultural items popular in the Lunar New Year.

That said, this makes me smile; I am all in for Asians as the main players in pop culture (and not as the butt of the joke) and this is about as pop culture as you can get.

And the blooper reel is fun to watch once or twice:

My favorite part? The black-beareded dragon reveals itself to be James Harden in a Chinese New Year-inspired Houston Rockets jersey and his laugh is from a 1970’s kung fu movie. 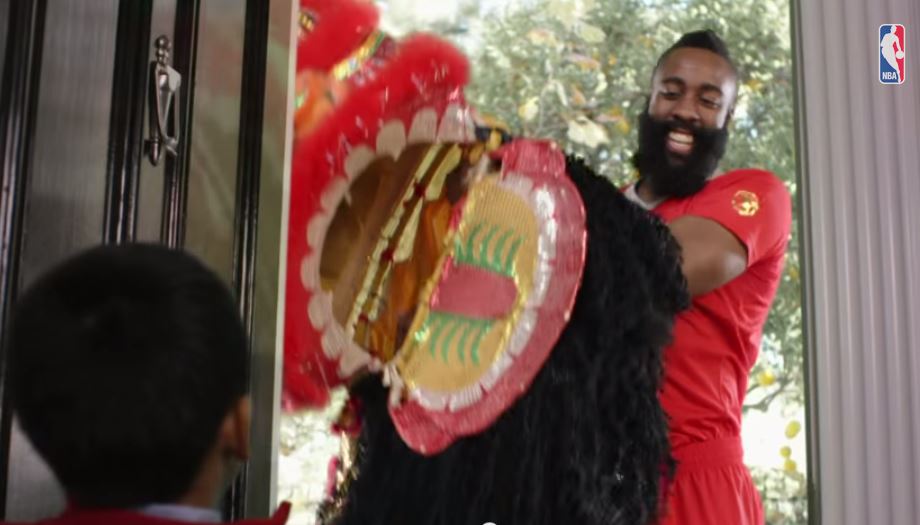