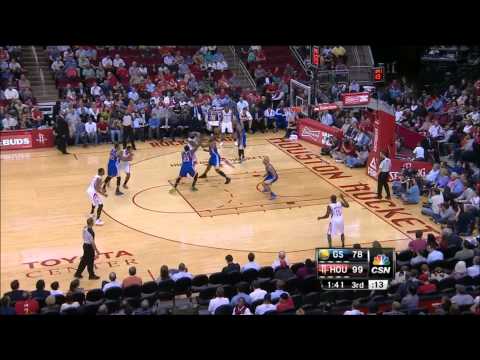 I know I am not the most credible person to give truthful critiques of Jeremy Lin, but…. MAN JEREMY LIN WAS PRETTY AWESOME TONIGHT! Against the Golden State Warriors, one of the teams that released him before he went basketballistic on the whole fucking world last year, he scored 28 points, hitting 5-8 threes, and passed for 9 assists.

Oh, besides Jeremy Lin being BADAZZZ, the Houston Rockets hit 23/37 three pointers – tying the NBA all-time record and their 140 points is a Toyota Center record.

Please put your jersey back on, Omer Asik