Sorry. No data so far.

Erhu: What is that Chinese string instrument you saw in Chinatown called?

You just visited Chinatown today and you saw old Chinese men sitting on the corner playing a traditional bowed instrument. So you’re wondering, what is that Chinese strong instrument you saw in Chinatown called?

What you most-likely saw is called the Erhu, or Chinese Violin, a street instrument commonly played across Chinatowns all across the United States has more traditional roots. According to China Whisper:

(The Erhu’s) history can  be dated back to Tang Dynasty over 1,000 years ago. Erhu can be used as a solo performance as well as in small musical groups and large orchestras. It is one of the most popular bowed string instruments used by many ethnic groups in China. 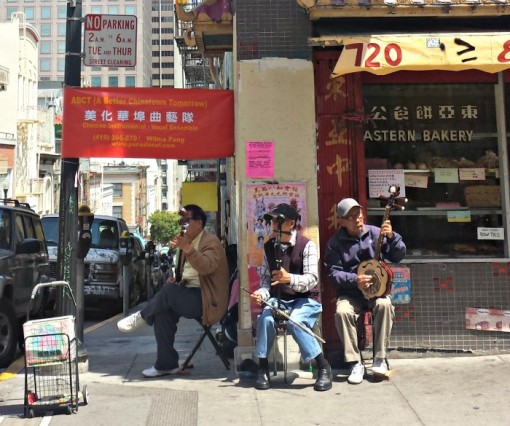 Even though the actual sound of the Erhu can be described as a kind of a “whiny” noise, every time I come across the sound, it has a calm sadness that resonates deeply in me. Though, you normally hear more traditional Chinese music coming from these two-bowed instrument, some Chinatown players will occasionally play Christmas music to get more tips.

If the erhu players want to play for more tips, they should be mixing in some top-40. Since you mostly see the erhu players in Chinatowns or subway stations, traditional Chinese music doesn’t always emotionally connect, so their grandsons or granddaughters should have them incorporate well-known pop songs from Britney Spears, Beyonce, or Coldplay into their selections. Guaranteed 3x the tips. The hipsters will fall over themselves trying to tip them.

Chinatown 2 Chinatown: The best way from Manhattan to Flushing

Are Asian immigrants being pushed onto subway tracks a coincidence or something else?