Before TVPad was shut down by a lawsuit last month, the streaming TV device maker released four models of their popular TVPad. 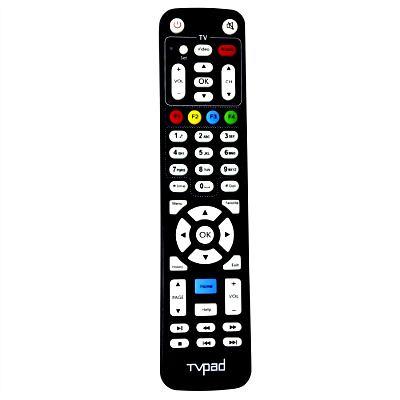 For the original TVPad (M121) and TVPad2 (model M233), it seems as if the remote remained the same. Their remote control resembled those advanced remotes from cable companies with too much functionality. Too many buttons (approximately 40) and multi-colored controls.

I couldn’t imagine trying to have my mom or dad navigate this. With their current cable remote, they only use a third of the controls.

TVPad 3 Remote (M358)
With TVPad 3, the company got the message and simplified their remote ; reducing the number of controls and buttons. The TVPad3 remote had “only” 27 buttons and went with a nearly completely black design. 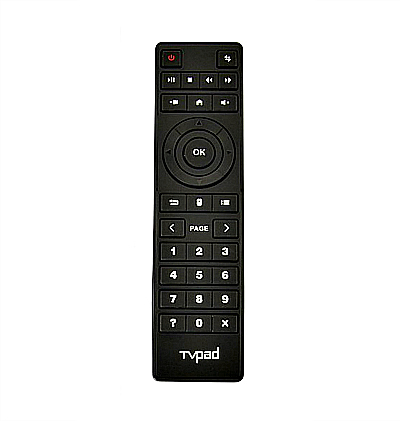 The simplicity of the TVpad 3 remote was nice, but there were reports with that it wasn’t nearly as responsive or as powerful as the TVPad 2 remote

Also with the third model, TVPad was at the height of its popularity. With that, the company released a limited-edition white edition of their device. Along with that came a a special edition white remote control. It mirrored the TVPad3 remote, just white.

TVPad 4 REMOTE (M418)
With TVPad 4, the company didn’t iterate on the remote design from TVPad 3; finding a comfort zone and confidence in the design. The differences were mostly aesthetic — coloring the controller pad gray and making the power button completely red (instead of outlining the power icon)

All the remote controls for the TVPad took two AAA batteries.

What are the best TVPad alternatives?

TVPad not working? The TV box was blocked and shut down by lawsuits

One thought on “TVPad Remotes: Here’s what the remote looked like for TVPads 1-4”