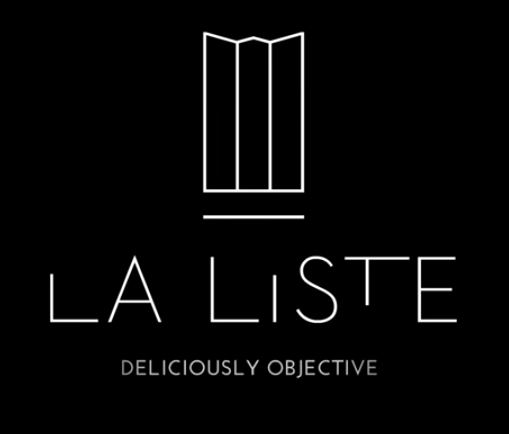 La Liste, whose motto is “Objectively delicious. Deliciously objective”, was “created to identify the world’s top restaurants. It leverages restaurant scores and other metadata from 200-plus leading gastronomic guidebooks and websites, making it the first and the only restaurant ranking based on transparent, objective and verifiable criteria.”

In La Liste’s first listing of top restaurants in the United States, New York was more than well-represented with 40 restaurants on the list. This is more than their share considering New York is the country’s most populous city. Here’s the list:

New York’s representation was also strong in the best of the best American restaurants with six restaurants in the top ten and the top four restaurants overall in the 50 states. The list was highlighted by renowned restaurants Per Se (#1), Le Bernardin (#2), Jean-Georges (#3), Eleven Madison Park (#4), Le Cirque, Momofuku Ko and Carbone (where the Obamas had dinner a few months ago).

Though San Francisco is just 1/11th the size of the New York City, it placed 11 restaurants on La Liste. If you were to include the Bay Area, their count goes up to 13. “Small” city Las Vegas also had a strong presence with a total of 8 restaurants.

Surprisingly Los Angeles, the U.S.’s second-largest city in population, had only two restaurants in the top hundred not including Studio in Laguna Beach and Cut by Wolfgang Puck in Beverly Hills.

Internationally, the U.S. only placed one restaurant in the top ten – Manhattan’s Per Se came in #2 overall. La Liste’s top 10 restaurants include three from France, three in Japan, and two in Switzerland including the #1 restaurant in the world Restaurant de l’Hôtel de Ville in Crissier.

La Liste takes a Metacritic approach using an algorithm by ranking using multiple sources and diverse data such as stars, reviews, and crowd sourced ratings to come up with their scores. I like that.

[blockquote] La Liste is sourced from publicly available data, aggregating scores from 200 food guides and online review sites to produce what it hopes will be seen as an accurate, unbiased report of the best in the world. The ranking is based on scores and reviews from a wide range of international sources: Michelin stars, yes, but also New York Times and Washington Post reviews, Zagat and Yelp ratings, Forbes and AAA travel guides and James Beard awards in the U.S., plus the cultural equivalents of these institutions in other countries (with help from foreign advisers).[/blockquote]

It’s not clear whether La Liste have their own critics or not, but if they did, they wouldn’t ignore a Michelin star, disregard Yelp reviews or toss away the New York Times, but weighs them together. Although they’re not all weighted equally, their ratings seem as they can be more trustworthy because of the diverse sources of data.

One thought on “Are 40 of the 100 best American restaurants in New York City?”