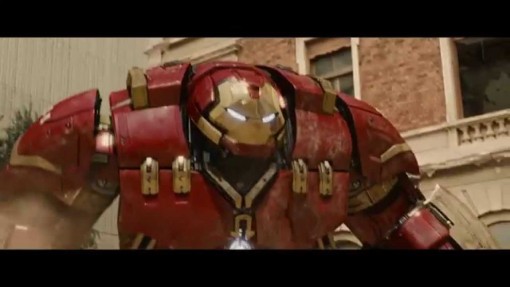 I can’t say that they revealed much more, but there’s a lot more action in this one with more lots of Ultrons everywhere, a few more scenes of the Hulk taking on Iron Man in his Hulkbuster suit, Thor grabbing Tony Stark by the neck, and we see where the Scarlet Witch’s hex “bolt” ultimately lands, and it’s an interesting as much as it’s confusing.*

Alas, no Vision in this trailer either. His scenes must give away more than Marvel is willing to give.

* I realize that two scenes could have been mashed up together to make it look like she is attacking Iron Man.

Surprisingly, the ‘Avengers: Age of Ultron’ movie is getting mixed reviews