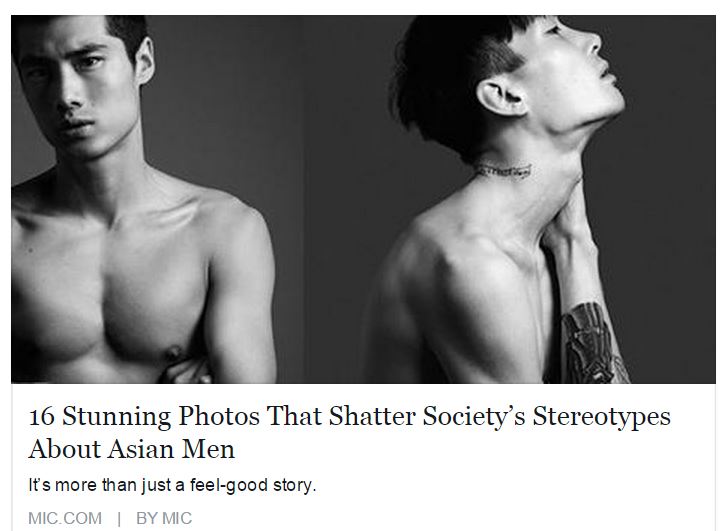 There’s a post being passed around Facebook that has its heart in the right place, but falls into the same trap it’s attempting to dispel.

That Facebook post is Mic Media’s “16 Stunning Photos That Shatter Society’s Stereotypes About Asian Men“. While the content of the post is attempting to visually “shatter society’s stereotypes about Asian men” their choice of using the word “stunning” to describe the photos is especially poor in light of what they’re goal is.

Why, when Mic is trying to show Asian men in a normal light where they can be “unabashedly masculine, sexual and desirable,” is it “stunning”?  Isn’t the point of the work to persuade Americans to look at Asian men differently?

The definition of stunning is “caus(ing) astonishment, bewilderment.” Synonyms of stunning include “extraordinary” and “remarkable” — neither adjective lends itself to the idea that good looking Asian men happens with any frequency. Isn’t that defeating the point of work?

Are Asian immigrants being targeted for MTA subway attacks?