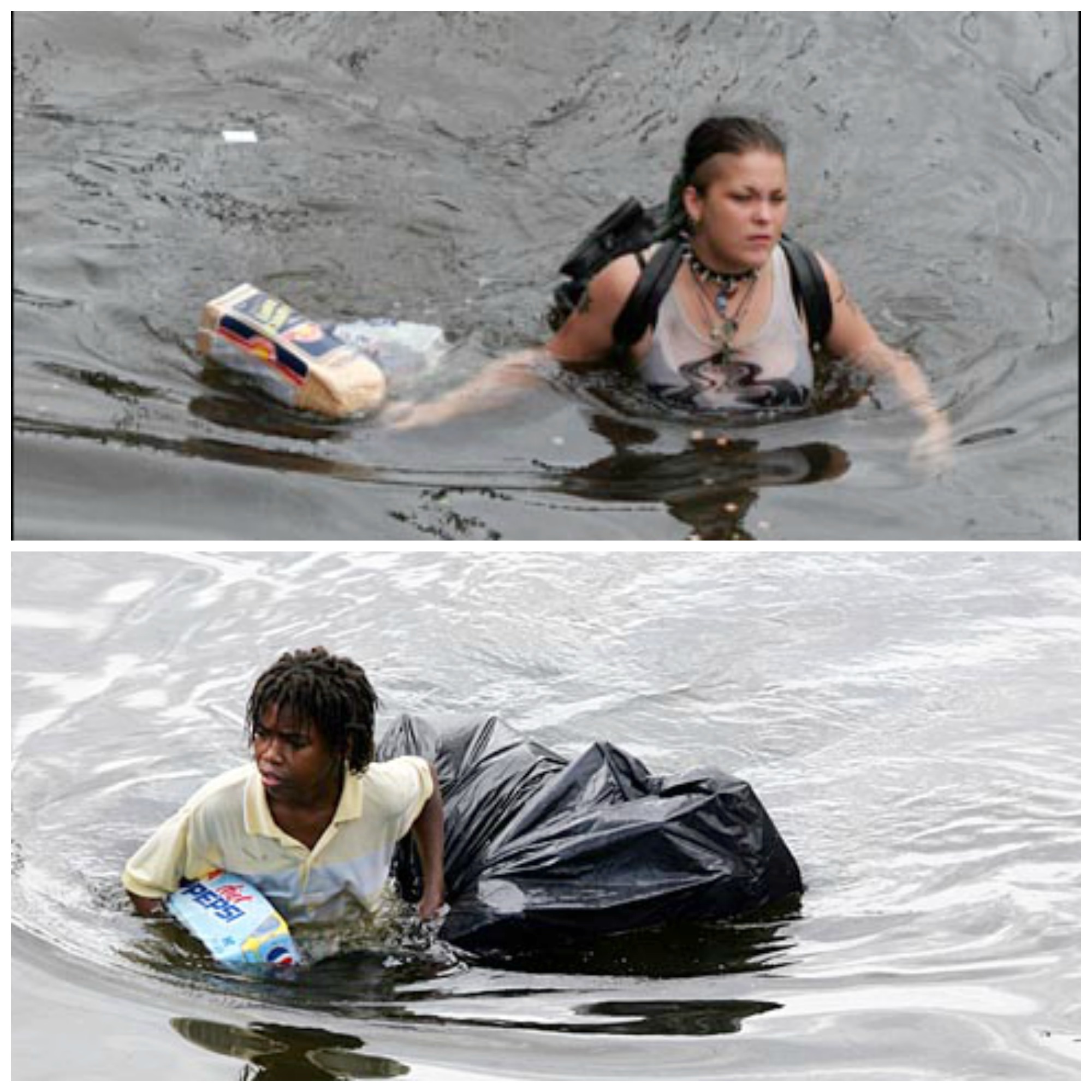 “I know that there’s racism, but…”

I’ve seen this or variation of this sentence often on social media over the last few weeks and it’s drives me crazy because I don’t believe that the person typing the sentence actually is aware of how deep racism is embedded in our society.

One has to think past racism in terms of hate crimes, slurs, and other overt types of prejudices that people choose to do consciously. There is a broader racism that has negatively impacted African-Americans (and people of color) systematically over the course of our country’s history.

Racism also affects how African Americans are treated day in, day out. Through media, over decades, African-Americans have been associated with negative images in the news and television. Unless you were raised in the woods by wolves, those images have an effect on everyone in the United States. Even if you don’t believe you’re a racist, that you “don’t see color,” know that how African Americans have been historically portrayed permeates our consciousness and unconsciousness.

For example, what do you see in the featured image above? How would you describe your feelings about the the two different images of complete strangers taken during hurricane Katrina? Do you have the same exact emotions when you look at the white woman with a bag of food as you do the black teenager with same bag of food? If not, what feelings are you associating with each? Be honest.

We have to work at “not being a racist” – it’s not a superpower or a special gene. Having racial empathy requires thought and effort.

If you have can think beyond your own purview, then you can easily imagine African-Americans’ anger where Michael Brown isn’t an isolated case, but one of thousands of racially-colored abuses and injustices that the community has had to endure for generations.

If you know that there’s racism then it shouldn’t be much of a stretch that Michael Brown Jr. and Eric Garner were killed for something other than breaking a rule.

That’s if you truly believe that racism exists.

Ferguson is racist, corrupt according to Department of Justice investigation