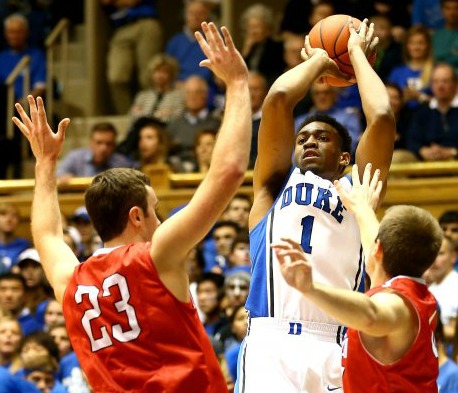 If Jabari Parker  isn’t drafted #1, then you’ve either been sold on “potential” or don’t recognize the skills it takes to be successful on the next level. Jabari Parker is about as sure a thing as it gets. If Parker declares for the 2014 NBA Draft, he should be taken #1 bar none. As the GM for the Philadelphia 76ers or whatever team tanks and draws the first selection, I couldn’t say Jabariparker any faster.

Here’s what I wrote for Interbasket:

Parker is a strong, developed, and skilled player already – as a freshman. You already see that he has the skills to be successful in the NBA – I would even argue that in the right system, he would be a 20+ point scorer if he had skipped out on college and played in the NBA today. 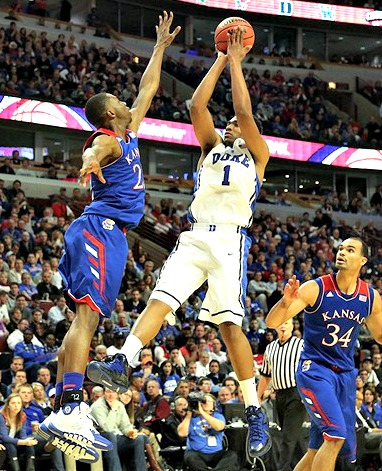 Parker’s broad range of skills are on display every game:

The 6-8 Parker doesn’t have very many weaknesses. He’s as good a shooter as he is attacking the basket -just as likely to his a step back jumper as he is to convert around the basket. He can post up smaller players and can go around bigger players. He rebounds very well for his size. He can dribble and run the break. He shows a great understanding for the game and is a underrated defender.

Parker’s skill level is on full display in his jump shot and his ability to get the shot off in the tightest of quarters – a feature that will be extremely important on the next level.

Some NBA players have been shooting basketballs for 25 years and still can’t be counted on to hit a jumpshot consistently once game time comes around. Parker’s jumpshot is just beautiful so much so when he’s wide open, you expect him to hit it and surprised when he doesn’t.

Don’t be tempted by “potential,” Jabari Parker is the only sure thing when June rolls around – why take the risk with any other player?

Nik Stauskas is more than a 3-point shooter